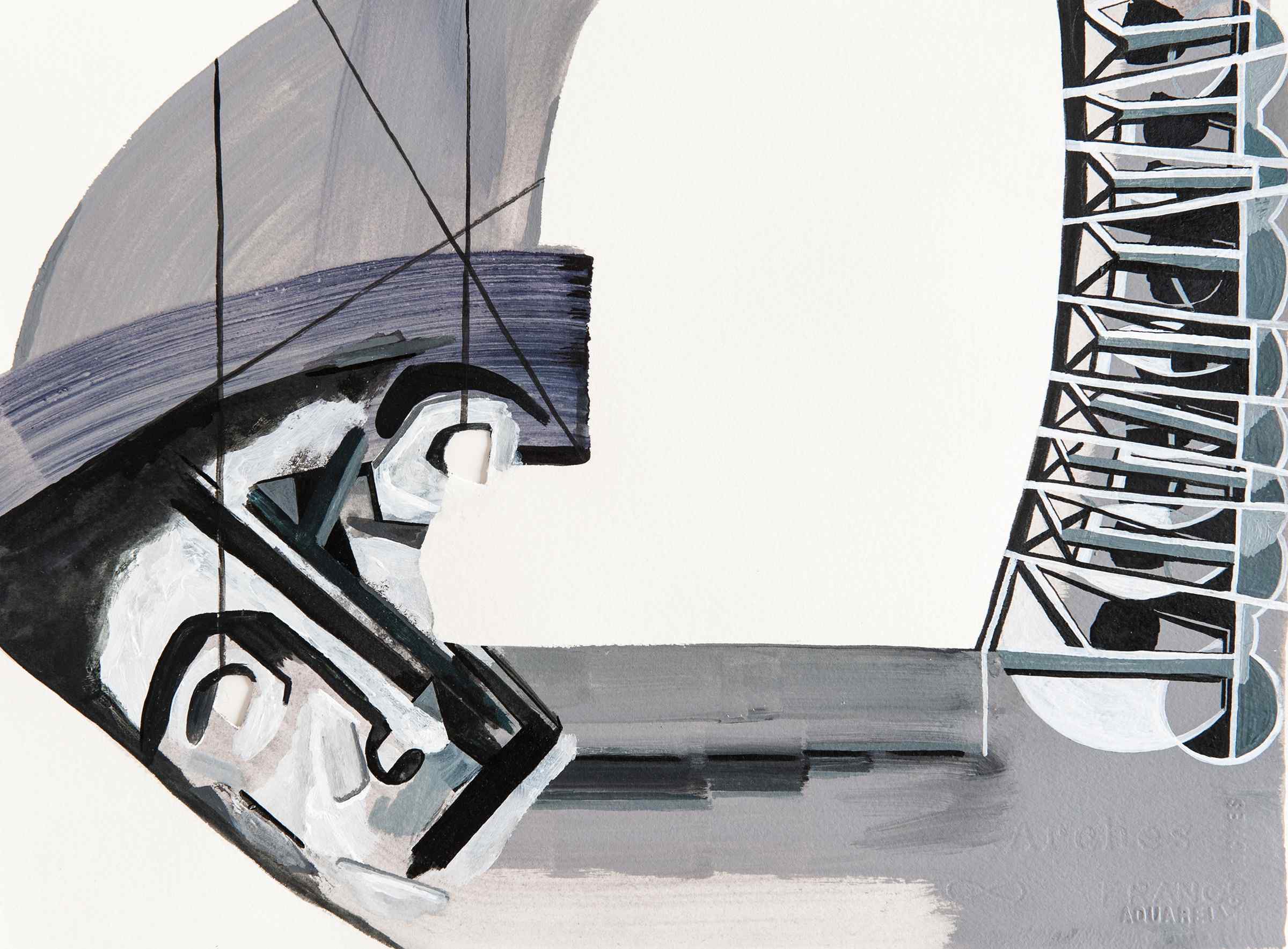 English Poetry In Our Time 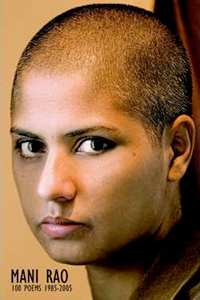 is the author of twelve poetry books and chapbooks including Love Me in a Hurry (Atta Galatta 2022), New & Selected Poems (Poetrywala 2015) and three books in translation from Sanskrit including Bhagavad Gita, Kalidasa for the 21st Century Reader (Aleph Books 2015) and SaundaryaLahari (Wave of Beauty) (HarperCollins 2022). She lives in Bangalore.

1.
If It’s Any Consolation

To you who loved and could not speak of it,
lost something no one knew you had.

To you who find yourself abruptly weeping
In public with no legitimate explanation.

To you who told a friend who said ‘this too will pass.’
This did not. This carved a hole within your chest.
There this lives and owns your face.

You went by the book, did not know better,
that piety was false, it was too late, 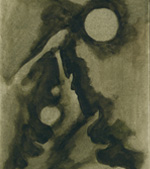 Poem For A Librarian

Big library in our small town.
So many floors and wings,
We had three elevators and five stairwells.

Books were stacked by subject
Where to put a book was my call
Art or Architecture, Classics or History, Theology or Religious Studies, ask me.

One ordinary day, a new book landed on my table. Called “Female,” the cover said “non-fiction.” I put it under Gynecology.

I could not sleep that night, and the next day I moved it to Anthropology. An hour later, decided it was Genomics.

This went on. Again, again, and again. Sociology. Psychology. Earth Sciences. Then it happened.

Inspiration is always sudden, and just as I was brushing my teeth, I nearly said it aloud—“Performing Arts.”

Over breakfast, I told my wife what I was thinking. She hated it. Glinting, she said that I meant Real Estate.

I know you want to know how this ended. Well, I put it under Politics. And left it there.

Men and women were equal
Cobbler could be King 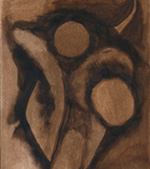 According to Surya siddhanta
The golden age will return

On a new moon day in Phalguni—
Quote this poem then 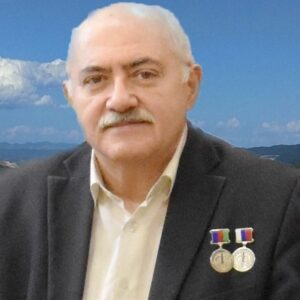 Eldar Akhadov was born in Baku in 1960. He lives in Krasnoyarsk (Russia). A member of the Union of Writers of Russia and other writers ‘organizations of Russia, Ukraine and Azerbaijan, a member of the Russian Geographical Society, Co-Chairman of the Literary Council of the Assembly of Peoples of Eurasia, a member of the PEN International Writing Club. The author of 63 books of poetry and prose. Laureate of the State Literary Prize of the Governor of the Yamal-Nenets Autonomous district, laureate of the National Prize “Silver Feather of Russia”, “For the Good of the World”, “North is a Country Without Borders”, silver medal of the IV All-Russian Literary Festival of Festivals and Silver medal of the IV Eurasia Literary Festival of Festivals.

POEMS ABOUT THE LOVE
1.
The Cave

Show me the cave in which the clouds hide.
Show me the cave to which fanciful flocks
Of wandering eyes strive,
Insistently following
The salty foamy lips of the surf…
Show me your cave.
There is no gold nor diamonds in it,
But thousands of fiery genies guard
Its dormant ancient smoky abyss,
In which everyone can
Only see his vanishing shadow.

2.
Your rose
I want to endlessly kiss your rose
Gently touching it with lips,
Inhale the scent of love that arose 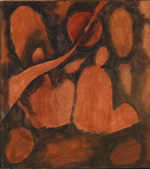 Between us, the tips…
Of her petals are so moist and inviting…
I’m surrounded by a lonely mist…
My heart is daunting
To the alluring songs of the East.
3.
Like a shy student
When my hands are caressing your hands
You look to me like a shy student,
Unsophisticated in science,
But who still understands
Your eyes looking so prudent,
What to whisper about, how to be moody,
Where a pause is more important, awed…
But this is no obstacle to an in expert body
When love enters it – like God!!! 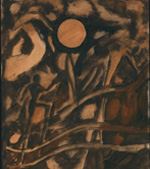 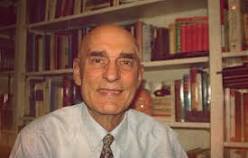 His poems and personal essays  about his Polish parents’ experiences as slave laborers in Nazi Germany and refugees making a life for themselves in America appear in his memoirs True Confessions and Echoes of Tattered Tongues. He is also the author of the mystery Suitcase Charlie. His poems received the 2017 Benjamin Franklin Poetry Award and the Eric Hoffer Foundation’s Montaigne Award. these are poems from his new book-“small Talk

What Poetry Hates about Me

She hates the way
I sit staring at her words
like they’re some puzzle
God left here on his way
out the door.

She hates the way I count
The lines in a sonnet
The syllables in a line,
The way I scout for words
That rhyme but don’t rhyme.

She’d turn away and leave me
but she knows there’s nobody
but me with my sloppy eyes
and dumb molding tongue
to make sense of her.

So she stays and shrugs
And makes me coffee to wake me
and get my ass writing.

This silence and these words
invented love

Taught us to whisper
Hello

Taught us
To open our eyes

The sheets are clean 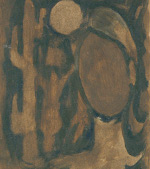 The room dark and quiet

He feels the earth pass through
the moon’s shadow
and he remembers his mom
asking for soup,
his dad singing a song
in Yiddish about geese flying low
across the sky

For the meteors that still lift dust
when they fall

Outside someone
Walks by

Kafka wonders,
Why do I feel this? Why this?

He knows
he would rather touch the moon
than make sense
of his own dreaming.

In the Morning I Imagine I’m a Tree

I wake and see squirrels
rutting around my roots.
A deer stands nearby ignoring me.

Last night I dreamt of miracles,
oceans growing at my base,

the sky settling in my hair.
None of that happened.

Instead I feel the cold on my face,
the stiffness in my fingers.
I don’t think I’ll write anymore today.

Thoreau thought there was magic here,
magic in the stillness of standing
in the forest, and maybe he was right,
but he lived only long enough
to see nothing but his dreams.

It would be interesting
to think of ourselves
as unimportant.

An experiment.
For a week or a month
think of ourselves as just dust.

And suddenly I’m writing a poem,
creating and feeling cosmic
even though it’s just a pastiche
of someone else’s poem!

What happened to my resolve
to feel like I’m nothing?

Can artists and writers feel unimportant
and still create? What would be the point?

Art and science tell us
we are dust and tell us we aren’t dust.

We write or draw or sing
knowing the writing and drawing
and singing are just a voice in a graveyard. 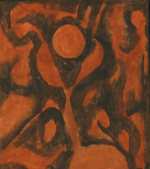 In the next room
my father in law tries to sleep.
He’s 98 years old and every breath
is a lesson in struggle
and longing and need.

His heart beat is down
to 40 beats a minute.

Every couple of minutes
he clears the crap from his throat
and forces another breath down.

Breathing for him
is like walking for an infant
Impossible almost
But the infant doesn’t know it.