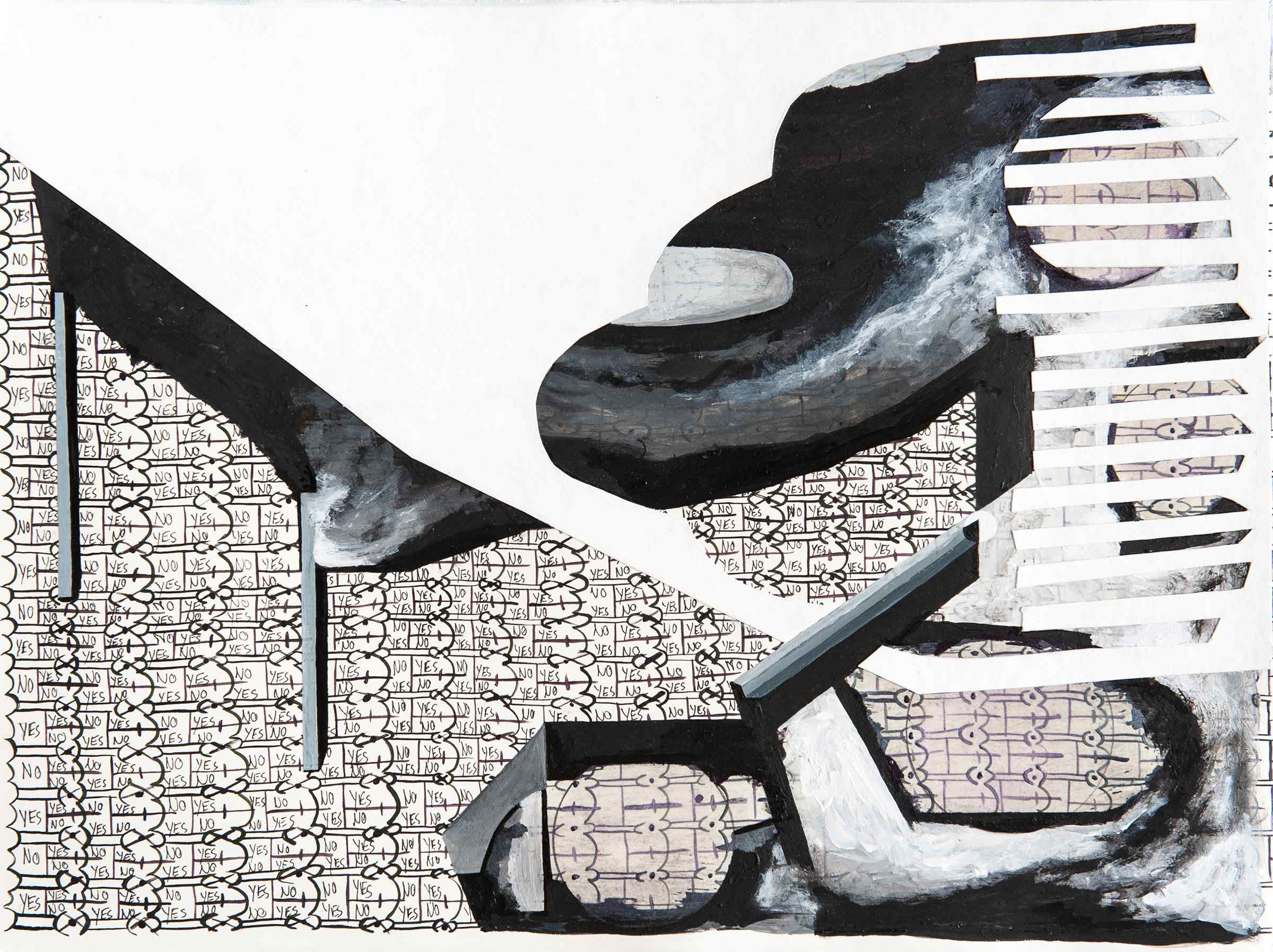 Poetry in Our Time 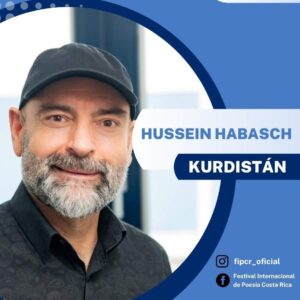 The Difference Between You and Me

The difference between you and me

Is that you sit cross-legged,

Leisurely savoring your glass of wine

While I wrap myself around myself

As I gulp from the glass of pain at the hospital.

Still in her prime.

And I remember the complexions of my seventy something

Mother with all her wrinkles.

You see her every day and place a peck on her cheeks,

Whereas I have seen her only twice in twenty-two years.

I kiss her photo every day in longing.

You laugh, comment, cheer and support this team against that one

While I follow all the agonies of my people in Afrin.

I weep, despond, curse and grieve for what has befallen them.

Your sister has a splendid house in the city center

Whilst my two sisters are vagrants, homeless and vagabonds,

A family from “Ghouta” occupied the house of one,

And a family from “Qalamun” occupied the house of the other.

You sit with your only brother

And debate how to split your father’s vast legacy

While I worry about the affairs of my brothers, exiled and

Fleeing, scattered around the globe.

I have no means to reunite them and to bring them to safety.

Your country is Germany.

My country is Kurdistan.

Germany is flourishing and growing at each moment and every minute

While Kurdistan is slaughtered and murdered at each moment and every second.

Your country is exporting Leopard tanks to kill what breath

Was left in the lungs of my country!

And my compatriots who miraculously survived the killing machine

Are applying in scores for asylum in your country.

You were born with a golden spoon in your mouth,

And I was born with a poisonous challis in my mouth.

This is only a drop of an ocean of differences between you and me.

I shall not go on unfolding the pain that adjoined me as a twin since birth.

Despite the differences you see between us,

I fully understand why you celebrate life.

I never understand why I despair over it!

This morning, my mother was sitting alone at home

The pants were stained and my mother’s thoughts were muddled

She swore to my father and the neighbors

That she saw me or my shadow

Or saw me without my shadow passing before her this morning

And when she saw me,

She was so eager; she was confused and was about to hug me

But the needle betrayed her and pierced her finger

Was I really there or was it my mother’s heart?

Thirty years… and I am still running with a barefoot heart

Whenever I see a woman wearing a long dress

Or a white scarf on her head

I call out to her: mother, mother

The sunrise and the face of angels, mother’s face

Whenever I write about a woman

Whenever I draw a woman

I find myself writing about my mother

Clothing the image with my mother’s colors

I am filled with hope and peace of mind

Whenever I lay my head on my mother’s chest.

The inscriptions on the walls of our mud house

The yellow paint on the door

The family picture, carefully hung next to Imam Ali’s

The traces of a tattoo on the baking tin

The big quiet stone next to the door,

The lamp, philosophizing with a long luminous tongue

The sacred laugh that brought all this passion

And this weariness is my mother’s laugh.

What is happiness, father?

It’s a bird that forgot his feathers

And wings in the desert, son!

What is life, father?

What is human, father?

He is an acrobatic dancer on the edge of the abyss, son!

What is isolation, father?

It’s separating the soul from all the world’s aspects, son!

What is love, father?

What is future, father?

It’s a sun that only shines on the lucky ones, son!

What are tears, father?

It’s a rain that missed its way, son!

What is bravery, father?

It’s a ball of fire that rotates inside the heart, son!

What is pain, father? 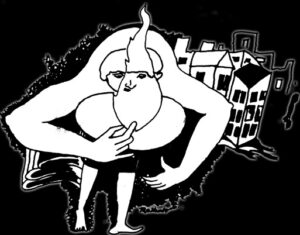 It’s a shirt we wear from our birth to our death, son!

Hussein Habasch is a poet from Afrin, Kurdistan. He currently lives in Bonn, Germany. His poems have been translated into English, German, Spanish, French, Persian, Uzbek, Albanian, Russian, Romanian, Italian, Serbian, Macedonian, Bulgarian, Polish, Slovenian, Lithuanian, Vietnamese, Nepali, Hindi, Malayalam, Bengali, Turkish, Berber (Amazigh), Bosnian, Portuguese, Hungarian, Chinese, Greek, Mandarin (the language of Taiwan) and Tzotzil (the language of the Mayan peoples of Mexico), and has had his poetry published in a large number of international poetry anthologies. His books include: Drowning in Roses, Fugitives across Evros River, Higher than Desire and more Delicious than the Gazelle’s Flank, Delusions to Salim Barakat, A Flying Angel, No pasarán (in Spanish), Copaci Cu Chef (in Romanian), Dos Árboles and Tiempos de Guerra (in Spanish), Fever of Quince (in Kurdish), Peace for Afrin, peace for Kurdistan (in English and Spanish), The Red Snow (in Chinese), Dead arguing in the corridors (in Arabic) Drunken trees (in Kurdish), Boredom of a tired statue (in Kurdish), Flor del Espinillo (in Spanish) A Rose for the Heart of Life, selected Poems (in English) and Olvido (in Spanish). He participated in many international festivals of poetry including: Colombia, Nicaragua, France, Puerto Rico, Mexico, Germany, Romania, Lithuania, Morocco, Ecuador, El Salvador, Kosovo, Macedonia, Costa Rica, Slovenia, China, Taiwan, Cuba, Sweden, New York City, Sarajevo and Greece. Recipient of the Great Kurdish Poet Hamid Bedirkhan Award, awarded by the General Union of Kurdish Writers and Journalists. As well as the International “Bosnian Stećak” award for Poetry, awarded by the Bosnia and Herzegovina Writers Union. Bronze poetry award Aristotle from Naoussa international poetry festival in Greece. What survives somewhere here, once forgotten

Is remembered day after day somewhere else

I had planted the shade of the uprooted tree,

The sky’s anguish in my breast,

Shadows wrapped in those embraces,

She listens to my heart beating,

Your touch on my palm

What survives somewhere here, once forgotten

Is remembered day after day somewhere else

Translation from Hindi by Lucy Rosenstein and Bernard O’Donoghue

I used to be the past myself,

But I will still

Now I hear everything,

Having become the music of the spheres

And I can see far away now,

I am the horizon.

Having gone so far away,

I am so close to you,

A figure formed from dust,

I have become dust.

<Translation from Hindi by Lucy Rosenstein and Bernard O’Donoghue>

In this cold my very shadow froze.

I had hoped to revive with the coming of spring:

Hoped for light in these dark times

But as I walk, I remain in anguish

And my feet do not dry out with the season

Walking onward I forget that time is passing

Nothing comes to mind;

And then I see it and smile:

‘Making things up is not so difficult

So long as you believe in the truth.’

<Translation from Hindi by Lucy Rosenstein and Bernard O’Donoghue>

Mohan Rana (Hindi: मोहन राणा; born 9 March 1964) is a Hindi language poet from India. He has published eight poetry collections in Hindi. His poems have been translated and published by the Poetry Translation Centre. 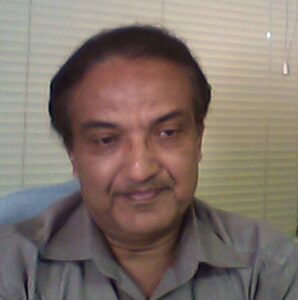 When father bought him

From one of the pavement shops in Guruvayur.

He was there among many other gods,

Handsome in his crown among peacock feathers,

By the myriad bright brass lamps.

He was all gold against

When we came home,

We hung him on the wall.

Yes, one day he fell

And broke his leg.

For years he was not found.

After the property partition,

I found him again.

He had gone under

I took him with me.

His gold is mostly gone,

Now he’s with me.

Still hanging on to his calf and flute.

I light a candle for him

And looking at him,

His coma corpse sailing quietly to the electric crematorium

As though he feared that fire

Who died alone in a hospital bed, calling out her children’s names,

I remember the rose garden,

Back in our home,

Not letting me sleep,

And I give him a place,

The first among gods,

If he is no more divine,

But he is secretly mine.

I don’t know why

As he used to be before,

That I saw his teeth.

Yet his face was dark.

It was then that I realized

That he was a carnivore

Who eats the gentle wild buck

The birds flying happily in the skies

Who with his sparkling white teeth

One night she appeared.

She just stood there

I do not know her name

I never saw her again 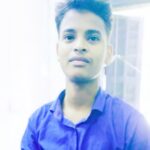 A Little Drop Of Water

Evoke the imagine of the creature

The elegant beauty of nature

Splendour bloom of the flower

Express the feeling of the writer

Monsoon is the season of love

Ananta Kumar Singh is an Indian poet. He hails from the Bargarh Indian state of Odisha. He pursued his Under Graduation at Ravenshaw University, Cuttack.

I am pouring it all out today.

I loved you and I don’t hate you,

What if reality was only a dream?

Because there would be no more regrets?

That I had made.

All the things I had learned from my mistakes

Will be taken away from me,

And I might do the same old things again.

And call it a deja-vu of some kind.

We do things that are forbidden

You know what they say

We are born sinners.

I want to laugh,

Without the fear of crying

Nyamthian Tangjang is a writer and the author of the poetry book “BLUE:God even made the sky blue, as if , it knew.” Her poem has been published in an anthology book “never tear us apart” and local magazine. She enjoys music, good food and healthy companionship. She also like learning and is a curious soul. And she is continuously working to be the best version of herself.