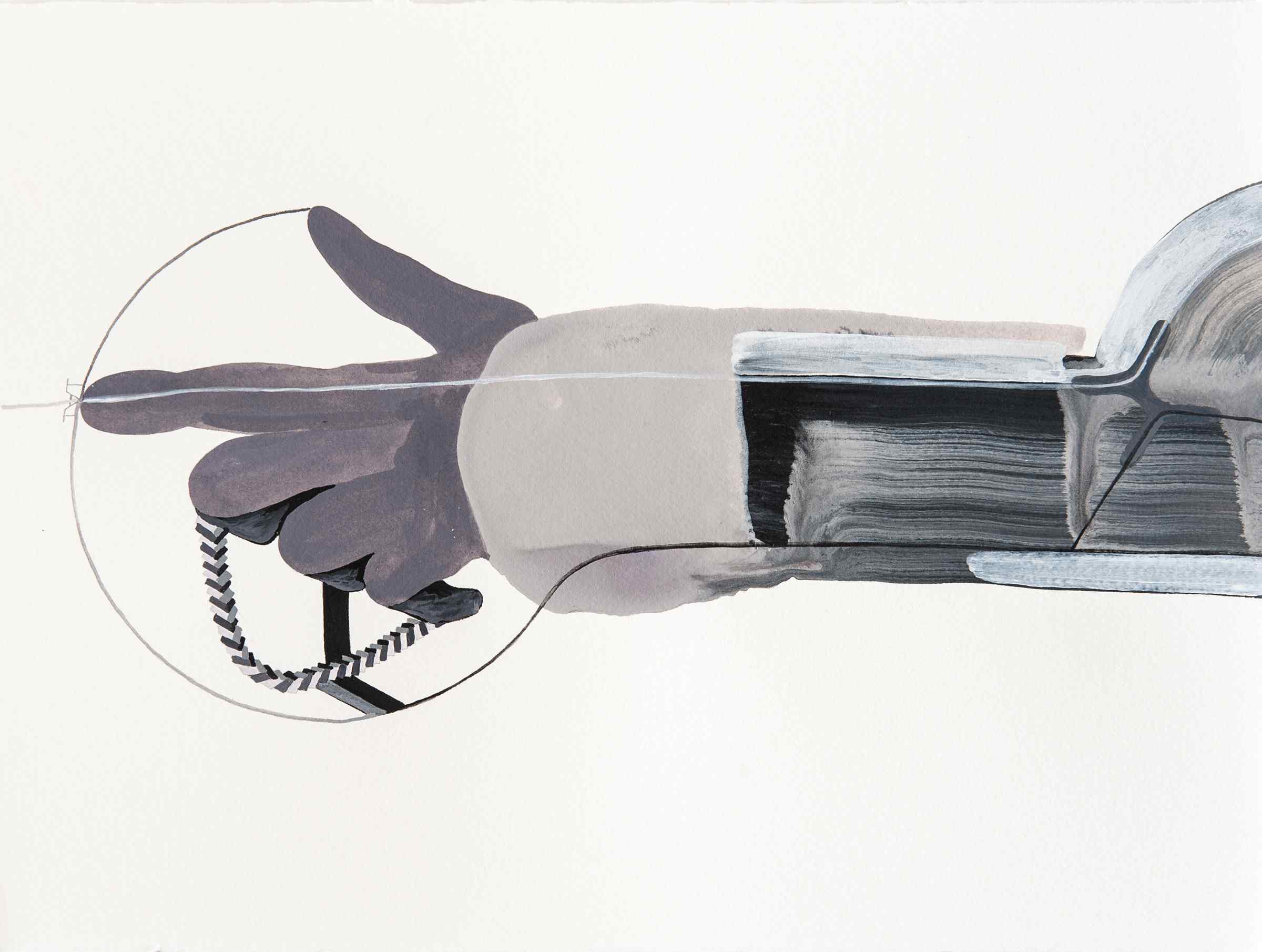 Poetry in our time

Where Is The Peace of This Poem?

Hey poet!
Let the olive branch live
and liberate the burden of its own bitterness
Forget the dove once in a while
so it can remember flying without a direction

Hey poet!
Run the last of the puns through the sieve of first intentions
Peel the prudence of adverbs to the core of smuggled silences
Ink the blood of adjectives into the heart of all shadowed things
and verb the waiting of all instant nouns

Hold the hands of the clocks and sway:
I was born to humanize words this way!

Every living pen is another broken gun

Poetry will never die
but perhaps one day
one fearfully fearless day
we shall speak without metaphors.

The Road, in Brackets

Turn the page and leave now!

This poem’s umbilical cord was never cut
with the pen of prudence
and every burnt line,
incense
to the memory of massacred words
the tight fist of your eyes
claims at the altar of evasion

Tell me,
what have you to set the strings of your hearts on?

A past of dead cells you call Me?
A few retired words
or this stubborn pen that harps them both?

Turn the page and leave now!

No one told me,
in the whispered convention of ragdolls
and the mischievous chain of colour pencils
no one told me, no one said
that the blue pen was blood-hearted.
No one said we had to jump through the loop of fire
their warning fingers drew in the air

And the hurried life we had to pant
in the pathetic safety of brackets
has finally taught us
that the blackboard was merely a dungeon
where the anaemic ghost of words
paid their loan of dust to dust.

Tell me,
do you still linger on the vocal infection of this page?

Come, let me light you a dream

And now,
before you endanger the security of this poem
I hereby sentence you to an expired word:

Maryam Ala Amjadi is a poet, translator, and researcher who has spent the impressionable years of her childhood in India. She has received the Young Generation Poet Award at the First International Poetry Festival in Yinchuan, China, and has been a writer-in-residence at the International Writing Program at the University of Iowa, UNESCO City of Literature. She was previously a writer for the Tehran Times Daily, where she founded and wrote a weekly page on Iranian society and culture for the English-reading world. Her new book of poems, Where Is the Mouth of That Word? (Selected Poems), was published by Poetrywala in November 2022. 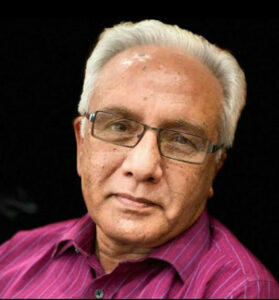 A promise to return
(लौटूँगा)
If possible I will
definitely return
And if not
a longing will remain.
though going back in space is possible
but going back in time is impossible
But do we return?

Rivers
frolicking in mountains’ lap
though harassed in the plains
are unable to return to the mountains.

I find it difficult to return even in memories.
so many joyous memories
of yours once alive
are now lifeless as stones.
My yearnings hurt and sting
wounding the soles of my desires
bleeding the toes of my longings.

Coming or going anywhere is not easy
But to return is always very very difficult.
There are questions
that remain unanswered
till the end.
Only thieves,
brokers,
greedy black-marketeers
and politicians
find it easy to return.

The one,
who has questions to ask
remains surrounded by questions.
You did not answer even the first question
So how could the last be answered
Even God can’t
for Him it is even more difficult to find the answer
If He was capable
He would have certainly
annihilated the world
and returned to his cave
of emptiness.

I
In that wet summer afternoon
cloudlets were shaking rain drops
hidden in hair strands.
They fell on us
becoming florets
from harsingar.
The lemonade tasted
so sweet
all because of you.
(02.08.2012)

II
A flute played in my soul
the flower that bloomed
looked bigger than it really was.
The verdant trees
seemed to spread out
high
Weather was never so beautiful before.
Yet…
I was quiet
wanting to decipher your language of silence.
It was a wordless poem
that just was a rhythm
which put your smile
into a poetic rhyme.
(03.08.2012)

III
(Based on old greek poetry)

IV
We were outside the temple
and the gods were inside
We don’t have any stories
but every single god had
a story to tell.
We had dreams
gods did not have dreams
(Or translate as
Dreams,
we had
gods didn’t have them.)
looking at each other
we were
as if
weaving
the weft and the woof
of our solitude and dreams.
Your silence was so beautiful
that we did not wish to translate it
into words.
Rati are these lines meant to be in the poem?
that we did not wish to give it
even an approximate form in words.
We sat next to each other
God was so near us then.
(15.08.2012)

V
That day we left
the poetry recital half way,
carrying the poems with us
We hurried to find a peaceful corner
where we would say
what we didn’t mean to say
Where we would hear what we did not mean to hear
Sitting close…so near
Yet not really close.
There was something unperceived on the table
where the coffee cups lay.
If that was God
He wasn’t my God
If that was morality
that was not my morality.
Was that my desire…
that appeared
at times like God
and at times like morality.
(17.09.2012)

VI
When the iceberg of illusions
melt in the heat of the Sun
You just keep waiting
holding on to the apron of morning
In fear of the stormy night
leaving behind
traces of love
we went
with hope to stich something new
out of our broken dreams.
I am a-coming
on love
smashing dogmas of time.

Shobha Narain: Shobha Narain is a poet, writer, novelist, translator, and former associate professor of English at Matrayi College, affiliated with Delhi University. Her publications and research works have found places in various magazines and international journals. Her latest novel Jubiada is published by Setu Publication. 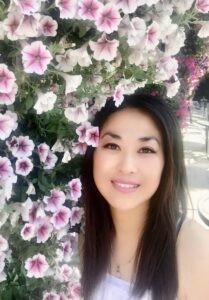 The Unforgettable Snow
Edited by George Onsy ( Egypt)
A few snowflakes moved ahead towards JiangCheng* ，
gently touched down ashore until the end of the year
They were caught by the cruel cold wind, I’m not clear if the snowflakes were caught ie trapped by the wind or blown away.
Recruited frantically the soldiers, the troops Who recruited the soldiers? The snowflakes?
And the horses set to raid the city.

Everything was targeted
No one was able to escape
Now, all is covered with pale whiteness
Faces, mouths, even doors and windows
Are all, all masked
The lockdowns have sealed the towns
Horror reigned over each plain and plateau
From the Yangtze river to the farthest end of the globe
Across the four oceans
From one season to another，there is a dance of death.

In the daytime snow is soft and sporadic
At night, it is as hard as a steel block
I can hear the branches squeaking out,
Eaves being crushed,
Avalanches roaring in the distance

O, elegant white elves, where have you gone?

Sobering at midnight, counting the sheep, stars and days in silence
Peaceful holy moonlight, fresh blood
Shines on the white walls, stay on the sheets
With boundless mercy and grace
People in their sleepless plight struggle to pray,
Longing for the sooner
“The rooster crows louder at dawn… “*

(JiangCheng*: A nick name for Wuhan of China.

“The rooster crows louder at dawn*… ” This sentence was quoted from a poem titled “To the Wine” by Li He who was a poet of Tang Dynasty of China, he wanted to say that when dawn comes, the night ends and all the truth comes out.

TO SING EVERY NIGHT IN THE HOUSE UPON A ROCK

Lend me the caudal fin of a beluga whale
Let me hold up the buoy of the waves, in the rhythmic beat
Gaze after the satiated sea eagle,
Propel Noah’s boat
sailing promptly into the homeland raided by the tsunami

Lend me MaLiang’s magic brush
Let me convert the tree branches nurtured in the natural oxygen bar
Into dedicated gold, curtains and stones. Make millions of apartments
Shelter those wandering homeless with no returning date in sight

Lend me the sweet voice of a nightingale
Let me become a fellow initiate of the warm-hearted firefly
Believe “death shall have no dominion”
In the new house founded upon a rock*, Sing and pray night after night—-

Daddy, the snow is a powder in my memory,
It’s a pill you crushed before I went to bed.
“Taking it with water,” you said, “The invisible enemies will fall back and
No one will miss them. The jubilation of
the King will shine at dawn with the Golden Sun!”

Father, the snow powder is pouring down fast,
Their tracks are crushing the good pills.
Flying from their launching bomb’s points,
They land, destroying large swaths of birch trees.
They ruin and crush walls in streets and alleys,
Their cannon fodders sucked blood and left tears
Dripping and forming ice—such a faint sight!

Father, the 2022nd time train is empty on arrival,
Spring didn’t arrive at Kyiv’s platform as expected.
And winter’s coldness occupies passengers’ seats,
The bone-chilling waters of Dnieper’s river leave wounds.
Bandages are cherry red converted and left from,
The messy white lace curtains of shattered windows.
A red horse is neighing* from being—stuck in the snow.

Daddy, you said, “Minor loneliness will go away in a few days.”
But the sunflowers are suddenly falling, and…
The frostbitten feet are lost and wondering in all directions,
Corpses are growing under the Javelin Bombs’ impact,
Shadows get longer, and wonder—“How long will it take?”

Under the darkened once starry sky of wind’s strings,
They are torn apart with sounds of sobbing and dripping tears.

Father, in my dreams last night I had a vision—clear and true!
I saw the horseman in fine white linen moving hurriedly,
Wearing a crown and had a bow—his white horse galloping,
Sounds of your voice I heard loudly—whispering to me!
“Still, I love shedding my innocent light—my blood for thee!”

Daddy, I am still worried. When will the snow bombs end?
People are ready to head for Saint Sophia’s Cathedral.
Will they miss the morning prayer bell?
The new season of sunlight green growing branches?
Will they cry or give praise for their lost baby granddaughter‘s cot? 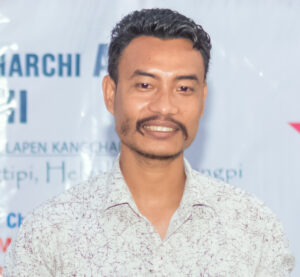 Today-
yesterday was not the end.
Seeds, descended on earth
sprouted
reborn, to breathe

Tomorrow-
encircles both
day and night,
beginning and end, so on

a future that will remind
our foregone story

bitter or sweet
dawning to sketch
the endless journey.

Enshrouded
and laid to rest
in depth of heart’s core

afeared,
yearn not to descend
to let the ineludible waves
overwhelm

whereas,
this heart of mine
somewhere at the brink
it still beats
feelings seems deliberate

for someone
who breathe only in fantasy
but not in reality
perhaps
unattainable though.

There may be impositions,
lack of conscientiousness,
or subduing

whatever be the grounds
it renders
a purpose- not lifeless

as rain comes down from heaven
to water the earth
such is art.

If criticism, out of your hand
at least acknowledge
the painstaking exertion
of one’s emotions

but don’t blemish
the quintessence of Art
with your futile persuasion.

Let it not starve and suffer

May it arise, have wings
?try to thrive